Warning: "continue" targeting switch is equivalent to "break". Did you mean to use "continue 2"? in /homepages/43/d665980878/htdocs/clickandbuilds/AvrahamDavid/wp-content/plugins/revslider/includes/operations.class.php on line 2695

Warning: "continue" targeting switch is equivalent to "break". Did you mean to use "continue 2"? in /homepages/43/d665980878/htdocs/clickandbuilds/AvrahamDavid/wp-content/plugins/revslider/includes/operations.class.php on line 2699

Warning: "continue" targeting switch is equivalent to "break". Did you mean to use "continue 2"? in /homepages/43/d665980878/htdocs/clickandbuilds/AvrahamDavid/wp-content/plugins/revslider/includes/output.class.php on line 3581
 Biography – Avraham David 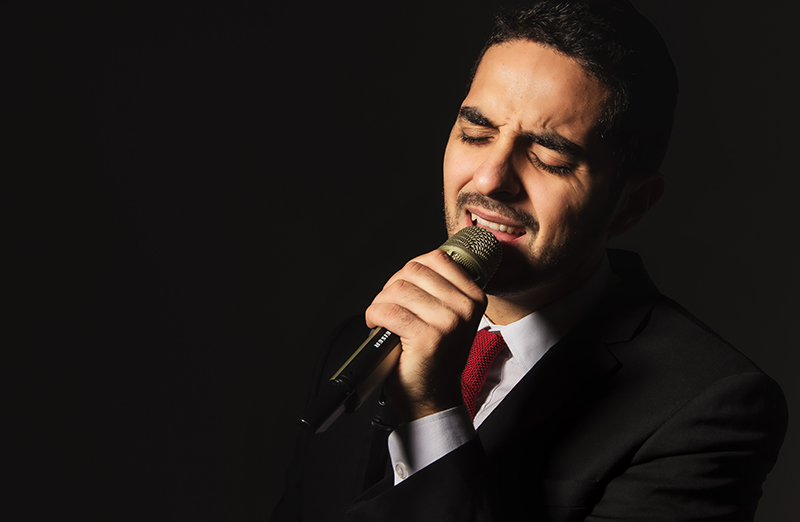 "When a musical dream becomes history"

Avraham David is the new rising star in the European Jewish music Scene.

He used to sing with his father since the age of 4, who taught him about the world of Chazanut as well.

His musical connection grew and developed, and he taught himself to play piano, as well as drums and percussions instruments. As time went on, he also developed a love for guitar and saxophone as well.

Slowly but surely he developed his own unique musical genre, and began to compose his firsts songs.

After he got married, he began building a concert and event calendar, around his city of Strasbourg, which enabled him to begin traveling around the rest of Europe as well, such as Germany, Spain, Italy, Switzerland, Belgium, England, and France.

Every  year for the Yomim Noraim he leads, the Tfilos in one of the biggest shul in Los Angeles.

In 2010 he participated in the world wide Jewish Star singing competition in New York where he was in the top 3 finalists, and beating out hundreds of competitors.

Immediately after winning the second place Avraham released his debut single, “Haleluka” and went on to perform together with Avraham Fried in 2011 and as well with Yaakov Shwekey a few months later.

2012, Avraham released «Acheinu» a single that he composed in memory of the victims of Toulouse.

June 2015, He released a New Single « Shimi Li » from his new album, that became a hit  in the Israelis Radio.

The success of this first album brought Avraham on the top actual jewish singers.